Sri Dalada Maligawa or the Temple of the Sacred Tooth Relic, alongside Adam’s Peak, is considered one of the holiest places in Sri Lanka and is an important pilgrimage destination. The golden-roofed temple is supposedly home to a tooth of Buddha and during the puja, the time of offering and prayers, tourists as well as religious followers are able to inspect the gold casket in which it is guarded. The temple itself is located in the royal palace complex, which encompasses several temples and museums. It was originally believed that the holder of the tooth relic would also be the rightful governor of Sri Lanka. Particularly noteworthy is the annual perahera, during which the tooth is paraded around the city accompanied by around 65 colorfully decorated elephants.

We recommend you to visit this UNESCO world heritage during the ritual 'Tevava' in which time you wil be able to experince this unique tradition. ‘Tevava’ would mean a service ritual conducted daily at regular times of the day in the morning, noon and evening. It is similar to a Buddha-puja usually conducted in an image shrine. The difference here is that only a limited number of people, monks and layman, are allowed to take part in the Dalada-puja, unlike in the normal Buddha-puja in an image shrine where all participants take part freely. This tradition of conducting preparatory service before admitting worshipers to the shrine is a common practice among Hindus. The ‘Tevava’ of Hindu shrines are also conducted by lay custodians or servicemen at limited times of the day. The Hindu tradition restricts the admittance of worshipers only to the front vestibule. The divinity within the chamber is covered from vision by a curtain. Similar practice is followed in the ‘Tevava’ of the sacred Tooth Relic as well.

However, in the case of the Buddhist practice, the casket containing the Tooth Relic placed within the chamber is made visible to the worshiper. At a determined time two monks and two or three servicemen enter the shrine bringing with them the triple robe, flame, cowries, bell, sandalwood casket, camphor flower spray, tooth picks, water vessel, towel, beetle tray, spittoon and flower basket. They are offered to the casket symbolically as if attending to the needs of the Buddha. The Buddha-puja is always carried from the kitchen (Mulutange) in a pingo (Hemakada), so called because it was prepared out of cloth embroidered with golden thread. 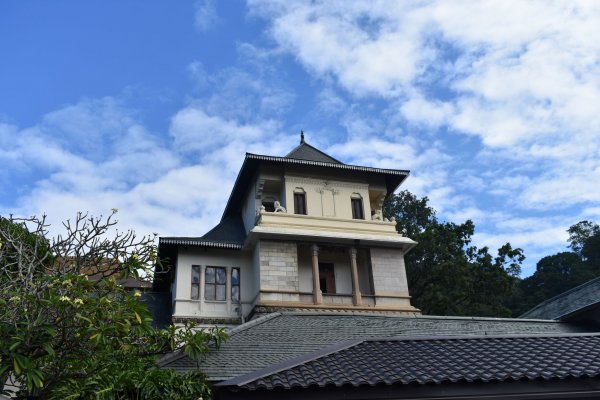 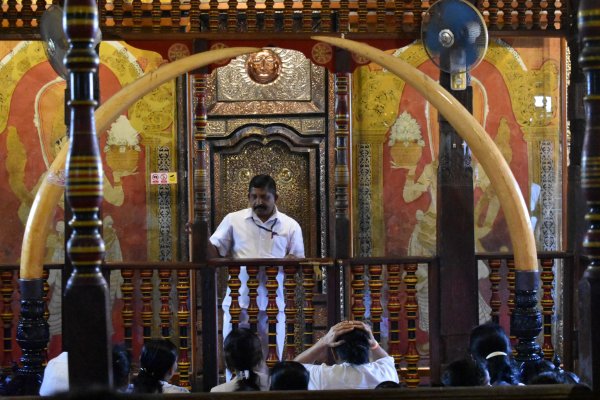 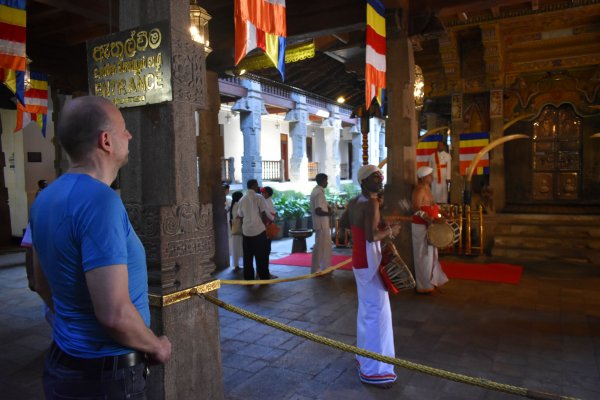 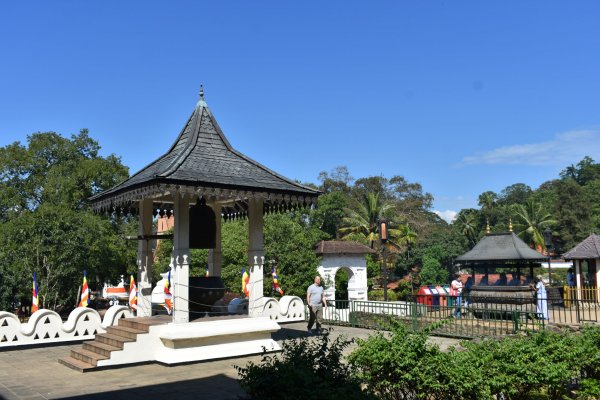 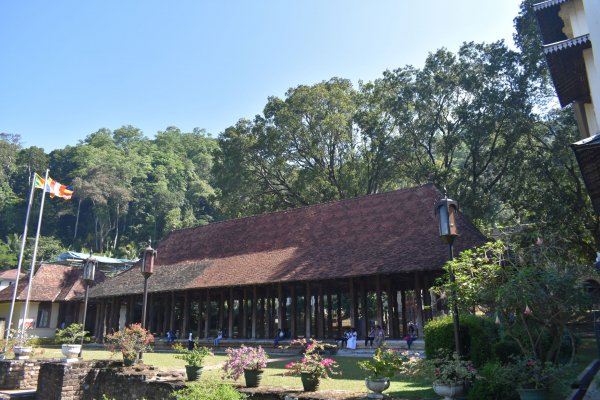 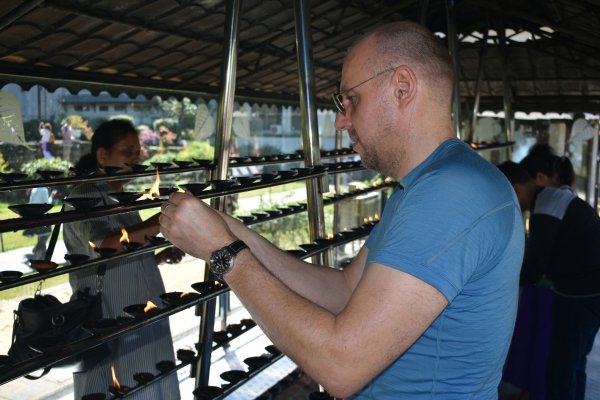 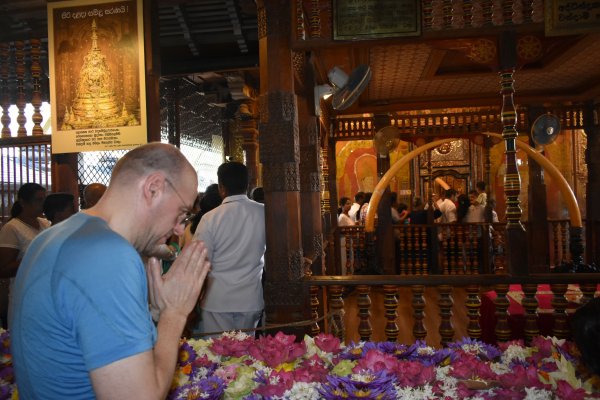 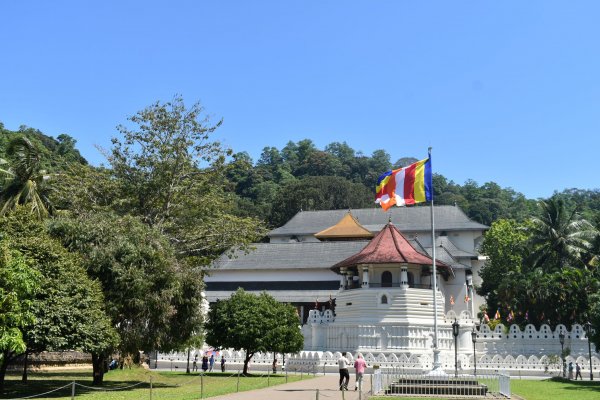 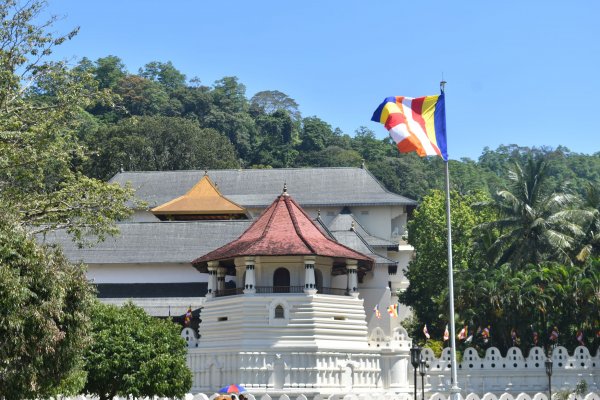