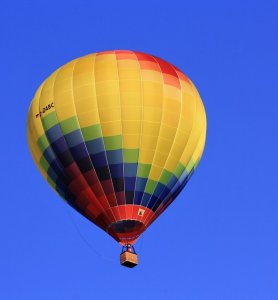 Shrouded in cold mists on top of Sri Lanka’s mountains, at a height of more than 2,000m, lie the Horton Plains. A part of the Peak Wilderness Sanctuary and dramatically different from the coastal plains thousands of feet below, it is a plateau of 3,150 hectares in area. It is a wild and windswept plain of grasslands or patanas and patches of eerie forests. Residents include elk, monkeys, eagles, horned lizards and the occasional leopard. The Plains were uninhabited by the local population but were prized hunting and fishing grounds for the Europeans who “discovered” them in the early 19th century. Many landmarks are named after British governors, planters and hunters. Trout was introduced to the pristine rivers and lakes and still attract serious anglers, although a permit is now required. All other creatures on the plains are protected

20 kilometres south of Nuwara Eliya and 20 kilometres west of Haputale, the awe-inspiring and silent plains are located on a high windswept saddle at an elevation of around 7,000 feet. From them rise the second and third tallest mountains in Sri Lanka – Kirigalpotta and Totapola. From Nuwara Eliya, it takes about an hour’s drive to reach the edge of the Plains. You can also walk there from the nearest station, Ohiya, in about 3 hours for most people. This is by far the most rewarding way of getting there.

Most visitors trek 4kms to World’s End – considered as offering the finest view in all of Sri Lanka. The terrifying escarpment drops vertically for about 1,000 feet and falls away almost as steeply for another 4,000 feet. Unfortunately the mists very often obscure the view, especially during the rainy season, which is from April to September. The best time to get a glimpse of this awesome sight is early morning. The trail to World’s End loops back to Baker’s Falls, 2.5kms from the entrance to the plains. If you’re not a strong walker, Little World’s End is considerably closer to Farr Inn, the central landmark on the plains. The plains are popular with bird watchers and naturalists, due to the diverse varieties of birds from the endemic bulbul to the mountain hawk eagle, and from the blood red blossomed rhododendrons to the gnarled white-blossomed keena, which forms the main canopy of the forest.

There are three `campsites on the plains that you can stay at, as well as a few lodges. A couple of small shops in Ohiya sell basic food and drink items, but you’re better off taking your own food. You can reach the plains by jeep from Nuwara Eliya or walk to Farr inn from Ohiya – this latter will take about 4 hours. The early morning train to Ohiya takes 40 mins from Haputale and I ¼ hours from Nanu Oya.